This edition of Low Pay Britain is our twelfth annual report taking stock of the state of low pay. Recent editions have focused on the short-term impacts of the Covid-19 crisis on low paid workers. Those have largely receded, and so here we take a longer view, and look at how low paid work has changed over the past two decades during the existence of the minimum wage in the UK.

Recent increases in the minimum wage have successfully driven down the incidence of low hourly pay to equal the record low last seen in 1975. But we find there has been much less progress elsewhere for low earners. Low pay is widespread among the self-employed, who do not benefit from the minimum wage and whose numbers have increased over the past 20 years. And there are several forms of work insecurity – including the risk of job loss, volatility in hours and pay, and not being able to find enough hours – which continue to make life difficult for too many low-paid workers but would be considered totally unacceptable for higher paid workers to experience. Having tackled low hourly pay with an ambitious minimum wage, a policy agenda for low-paid workers in the 2020s should seek to address these problems with similarly ambitious action.

The labour market recovery from the Covid-19 crisis has been rapid – if not complete. In 2021 there were concerns that ending the furlough scheme in September, with 1 million workers still furloughed, would lead to another spike in redundancies, similar to that seen in autumn 2020 when employers thought the scheme was ending. These concerns proved unfounded, and unemployment fell consistently throughout 2021. In the latest data, for the three months to March 2022, the 16+ unemployment rate fell to 3.7 per cent, the lowest rate since 1974.

Since the introduction of a higher minimum wage rate in 2016 (the ‘National Living Wage’), the rate of low hourly pay has been falling fast. In 2021, the proportion of employees with hourly pay below two-thirds of the median (the main measure of low pay) fell to 13 per cent, the joint-lowest level on record, equal with 1975. The proportion of employees earning below the real Living Wage (as calculated by the Living Wage Foundation) fell to 17 per cent, the lowest level since 2010. The rate of low hourly pay is set to continue falling as the minimum wage is lifted towards its 2024 target of two-thirds of median hourly pay among the age group covered. (Note that a minimum wage at this level won’t quite cause the overall rate of low pay to fall to zero, because there will be some younger workers paid at the youth rates, and because some workers who are covered will be underpaid).

Progress on low hourly pay is particularly welcome because the UK has had, until the last five years at least, a high rate of low hourly pay by international standards. According to OECD data, the proportion of full-time employees with ‘low’ earnings (again, defined as earning below two-thirds of the median) was 19 per cent, well above the OECD average of 15 per cent. This figure relates to 2019, since when the rate of low pay in the UK has fallen, so future updates to the international comparison should show the UK moving towards the OECD average, and perhaps even falling below it.

n recent years there has been a lot of focus on the gig economy – rightly, because this group of workers is at the forefront of debates around the regulation of employment relationships, and some have fought high profile court cases to secure improvements in pay and working conditions. But attention on the gig economy risks missing the full size of the low-paid workforce, particularly when it comes to low-paid self-employment, where there may be similar forms of insecurity as those faced by gig workers.

In the 2019-20, 38 per cent of self-employed workers had low hourly pay (on the two-thirds of median measure), compared to 14 per cent of employees. This amounts to 1.6 million self-employed workers on low hourly pay, a third of the total low hourly paid workforce. This share has grown rapidly over the past 20 years. And while low pay is falling for employees, it is flat among the self-employed – and rising when it comes to low weekly pay.
Using new data from the Understanding Society dataset, we find that low paid self-employment covers a much larger number of workers than does the ‘gig economy’, which we estimate in 2019-20 included around 550,000 workers. Although, as has been demonstrated in the courts, gig workers are not a subset of self-employment, and many should rightly be considered workers, and entitled to the minimum wage and other protections. We find that less than half (40 per cent) of gig workers self-identify as self-employed.

In general, and compared to the incidence of low hourly pay, there has been much less progress is on insecurity and job quality, even though the 2017 Taylor Review helped raise the prominence of these issues. And while concerns around insecurity have tended to focus on high-profile types of work such as zero-hours contracts (and the gig economy, as mentioned above), issues of insecurity are broader. In this report we examine three forms of insecurity:

Turning to contract insecurity and hours or pay volatility, in 2021, low paid employees were more than twice as likely (22 per cent compared to 9 per cent) to fall into one of the following categories: on a zero-hours contract; working through an agency; working on a temporary contract because couldn’t find a permanent job; or (most commonly) experiencing hours that tend to vary, and paid by the hour. Although the number of agency workers and zero-hours contracts is higher than 20 years ago, this is partly down to measurement effects (although zero hours-contracts have risen significantly among the lowest paid in the last two years). But if we take the broad measure – workers who tick any of those boxes – it’s not clear that hours volatility or contract insecurity is getting worse. Again, the bigger problem is the level of this type of insecurity, and the gap between the high and low paid.

Finally, hours insufficiency, is again a problem which is experienced more by workers in low hourly pay. In 2021, 19 per cent of low-paid employees experienced one or more of: wanting more hours at their current rate of pay; working part-time because they couldn’t find a full-time job; or wanting a new job explicitly so that they can work more hours. This compares to 4 per cent of higher paid employees. Again, the broad trend for this type of insecurity over the past 20 years is of stability, around significant cyclical fluctuations.
Across all these dimensions of insecurity, there are big variations in their incidence across groups of workers, with young workers, black workers, and workers with lower-level qualifications facing higher levels of insecurity. However, important though these variations by personal characteristics are, we find that insecurity flows from occupation and sector rather than personal characteristics, and that variations by groups of workers come from those groups’ propensity to work in those parts of the economy.

At the occupation level, issues of low pay and insecurity significantly overlap. For example, the ‘elementary services’ groups of occupations (which includes kitchen and bar staff), features the highest rate of low hourly pay (63 per cent, in 2018-21), the highest rate of hours insufficiency (26 per cent, in 2019-21) and the highest rate of insecure contracts or hours and pay volatility (38 per cent, in 2019-21). There is not a perfect relationship between the incidence of low pay and different forms of insecurity – some occupations have more of one type than another. But there is certainly significant concentration of these issues in the same set of low paying occupations: low-paying hospitality jobs; entry level jobs in retail; caring and childcare; and cleaners and elementary factory workers.

The UK labour market has been characterised by undesirable and living standards eroding levels of wage growth for well over a decade. From 2008 to 2021, median weekly wages have risen by a mere 0.6% and average weekly wages have seen a fall of 2.4% in real terms. However, for the bottom end of the distribution, the minimum wage has played a key role in partially mitigating the poor wage growth performance seen across the rest of the distribution – the 10th percentile of real weekly wages has risen by 13% since 2008.
The introduction and subsequent expansion of minimum wage policy in the UK has not been immune from concerns over the potential negative effects on employment and other margins of adjustment (hours, career progression, consumer prices). However, the story of the minimum wage in the UK has been mostly one of success so far – most of the predicted negative effects did not materialize and earnings of workers at the bottom of the distribution have significantly improved as a result.

One of the concerns has been that, a rising minimum wage will lead to ever-increasing wage compression at the bottom of the labour market and the erosion of pay differentials between entry-level and more senior jobs. And furthermore, that this will have a negative effect on workers’ incentive to progress out of minimum wage jobs. It is the case that, over the long-term, the coverage of the minimum wage has increased, and also that the rate at which workers make minimum-wage escaping job moves has slowed (from around 70 per cent per year in 2000, to 50 per cent in 2019).

But encouragingly, these issues don’t seem to have intensified since 2016 when the National Living Wage was introduced, and since when the wage floor has increased faster. Coverage of the minimum wage has been flat since 2016, and the rate at which workers progress into above-minimum wage paying jobs has also been stable – as it has, in fact, for the last 10 years. There is also no evidence of progression rates falling in the lowest paying sectors, and this is even true among workers who stay with the same employer. This encouraging evidence as the UK continues on its path towards a higher minimum wage.

This report has shown the dramatic changes in the low pay landscape brought about by an ambitious minimum wage policy. The overall evidence continues to suggest that this progress has not come at the expense of employment among the low paid, and we find that another potential concern – of wage compression at the bottom causing minimum wage workers becoming stuck in their jobs – does not seem to have worsened since 2016.

But there has been less progress on low weekly pay and low pay among the self-employed, where the minimum wage has a less direct impact. And low paid workers continue to experience significant problems of insecurity at work. A policy agenda for low paid workers in the 2020s should expand beyond the minimum wage to include these other areas. This will mean bringing more self-employed workers within the scope of minimum wage policy by making it easier to gain recognition of worker status, and helping workers on low hours to increase their hours. We will publish detailed policy proposals in a future report. 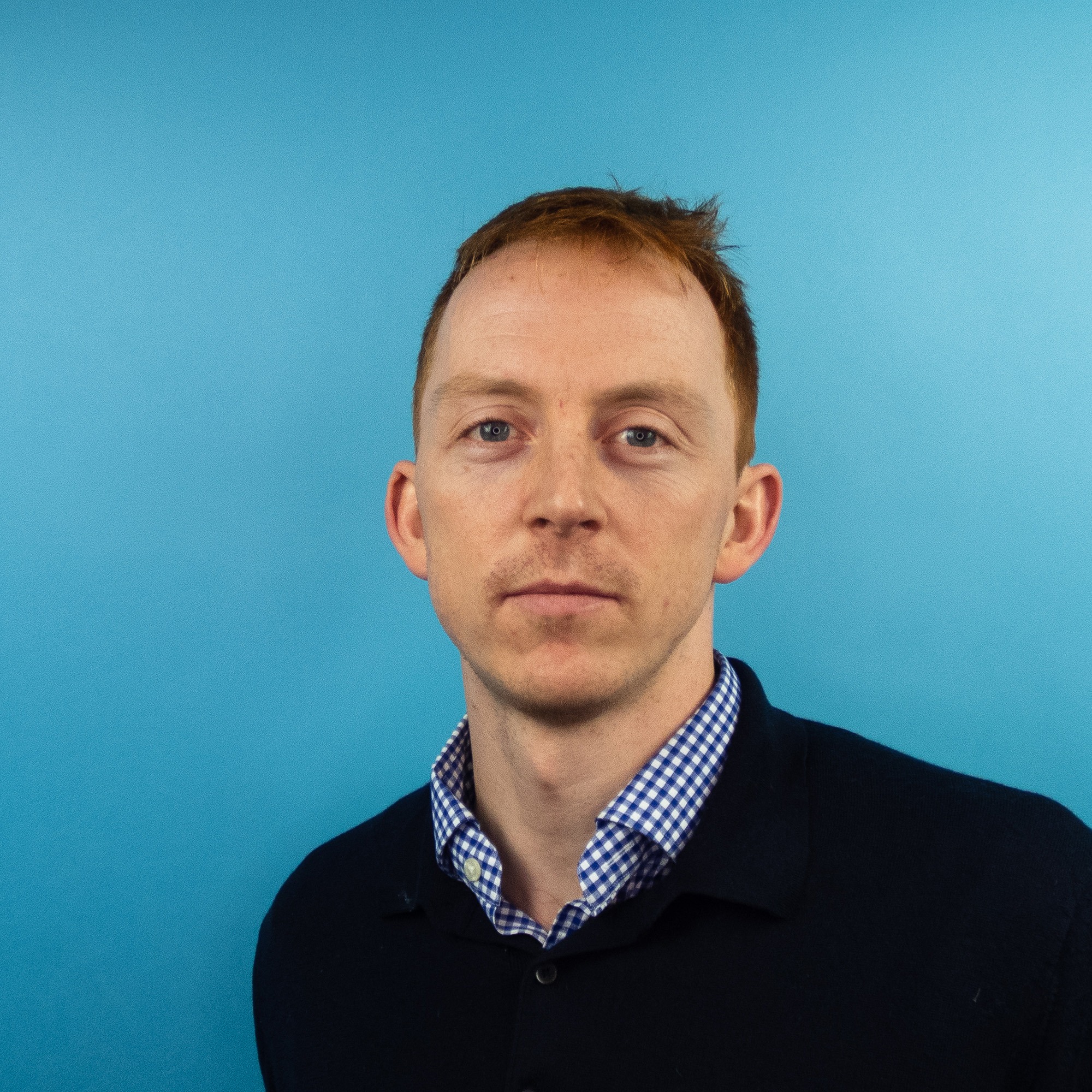