The UK is set for a decade of major change, with private sector firms in the front line. How ready are they for this change? What form should policy towards business take within a new economic strategy for the UK? This report is the first of a series on UK firms for the Economy 2030 Inquiry to address these questions.

Private sector productivity is the key driver of longer-term improvements in living standards. UK performance in this regard is dire in two respects – levels and growth. These are a pervasive feature of the UK, present in most sectors of the economy.

The gap between the best and worst firms is huge, but this problem is not especially bad in the UK when compared to other countries, nor getting any worse overall. Nor do UK firms appear to have suffered the same loss of dynamism as in other countries. Where they stand out, though, is in their low levels of investment and mediocre management. Increasing investment is necessary but must be wisely targeted, and will necessitate postponing consumption or increasing net imports.

Read the report’s Executive Summary and key findings below, or download the full report as a PDF.

The UK is set for a decade of major change and our private sector firms will be in the front line. They will face new arrangements for international trade and migration, new requirements to reduce emissions, and ongoing changes to their workers’ and customers’ behaviour due to Covid-19, all the while adjusting to demographic and technological change. How ready are they for this change? What form should policy towards business take within a new economic strategy for the UK? This report is the first of a series on firms for the Economy 2030 Inquiry to address these questions.

The low level and poor growth of productivity is a pervasive feature of most sectors of the UK economy. Productivity is not low or growing slowly simply because there is too little manufacturing or too much leisure and hospitality: the sectoral composition of the economy explains little of the gap in productivity levels with Germany, France and the US.

One potential cause of poor aggregate performance that receives much attention is the underperformance of a ‘long tail’ of UK firms. We look afresh at this question. We find that the gap between the most and least productive firms is huge: a worker in the 90th percentile of the firm productivity distribution is around 16 times more productive than at the 10th percentile. But, in contrast to some previous work, the data does not suggest that this problem is especially bad in the UK compared to other countries, nor getting significantly worse overall.

Moreover, the share of output produced in firms in the long tail is so low that raising their productivity will not do much to boost the average. The least productive 40 per cent of firms (weighted by employment) produce only around 12 per cent of total value added, while the most productive 40 per cent produce three-quarters. Raising the productivity of the bottom firms employing 40 percent of workers by 10 per cent would therefore raise productivity by around 1.2 per cent, whereas the same boost at the top would increase it by 7.5 per cent. Transferring one-tenth of those workers from the bottom to the top (assuming, for illustrative purposes, that this could be done without affecting the productivity of the firms they move between) would boost GDP by some 6 per cent.

Therefore, if improving aggregate productivity is a central objective of policy makers, a more promising avenue to pursue than transforming low-productivity firms may be to reallocate resources from them to better-performing firms. Here, there is cause for optimism. The data suggests that the job reallocation rate in the UK – the fraction of jobs reallocated from shrinking firms to growing ones – has been relatively stable in the 15 years to 2019, in contrast to falls in some other countries. Workers continue to find their way to the more productive firms, boosting aggregate productivity. On this measure, then, given that the evidence suggests that the job reallocation rate seems set to rise over the near future, UK firms are not worse placed than other major advanced economies to handle the coming surge in reallocation.

There is much greater cause for concern when assessing the resources that UK firms have available to make labour productive. UK firms have not been investing in capital, ideas or processes at anything like the rates of their peers. French workers, for example, have over 40 per cent more capital than UK workers, enough to account for the whole productivity gap with the UK.

Business capital investment in the UK as a share of GDP (at 10 per cent in 2019) has consistently lagged France, Germany and the US (13 per cent, on average), as has business investment in research and development (1.2 per cent versus an average of 2 per cent in 2019). Despite the UK’s strong research system, its patenting intensity –a key measure of innovation output – lags other innovative countries: on average, patenting intensity across France, Germany and the US is over twice that in the UK.

Expanding measures of investment to include intangibles that are not captured in national accounts paints a more positive picture for the UK, but looking at measures of the quality of intangible assets reveals that the UK is not best in class. Management practices in UK firms are, on average, worse than those in the US and Germany, there is a thicker tail of worse-managed firms in the UK, and a thinner tail of good firms – only 11 per cent of UK firms were as well managed as the best quarter of US firms in the 2004-2014 period (though there is some evidence that this might be improving in recent years). And UK firms are middling when the extent of digitisation is compared across countries.

A key aspect of the UK’s underperformance relates to human capital. Despite rising tertiary education attainment, there are gaps in basic and technical skills that hold back productivity of workers and firms in the UK. Moreover, research has shown that skilled workers and managers are more likely to successfully adopt productivity-enhancing technologies and management practices. There are also troubling patterns of attainment across generations: literacy and numeracy skills of the young in the UK have slipped relative to previous cohorts. The UK needs to address these challenges to improve the productivity of workers and firms, and to ensure that the labour force is adequately equipped for the technological change and transitions ahead.

It is clear that investment, broadly defined, needs to rise to narrow these gaps in the resources available to firms. This extra
investment must be wisely targeted to raise productivity, as well as helping the UK meet its net zero commitments and benefit from sustainable growth opportunities along the way. These issues have been widely understood for some time, but have not been addressed: total investment in the UK economy rose by only 1 per cent in the five years to Q2 2021, whereas it rose by an average of 16 per cent in France, Germany and the US.

Less well understood is that investment is an expenditure, but one that provides future opportunities for consumption as the reward. In a more-or-less fully employed economy (which may or may not be a feature of the 2020s as a whole), higher investment must be resourced with increased net imports, which already start at a high level in the UK, or with lower domestic consumption. Simple simulations suggest that the path to a higher investment economy involves a large rise in foreign net liabilities or a long period of subdued consumption. For example, financing a 5 percentage point rise in total investment – something that would enable the UK’s investment rate (public and private) to match the average of France, Germany and the US – from lower consumption and higher domestic savings could boost growth immediately and generate a cumulative 8 percentage points of extra GDP growth over 20 years. But it would be 15 years before consumption recovered from the initial fall.

The balance between investment, consumption and net imports, and whose consumption takes any hit, are two of the difficult trade-offs that policy makers will need to consider in this area. In the same vein, policy makers will also need to examine the spatial angle of dispersion and resource allocation, where there may be place-based reasons for productivity differences to exist and for reallocation to be resisted. As part of this, the links between improving productivity and worker wellbeing will need to be considered. Lastly, any retooling of the corporate sector will need to be driven by, and maximise benefits from, the drivers of change that will dominate the 2020s – in particular net zero, but also the restructuring initiated by the Covid-19 pandemic and from exiting the EU. Business and government alike will need to take long-term decisions in a climate of high uncertainty. Future Economy 2030 reports will evaluate these tradeoffs and opportunities from the perspective of firms, people and places and their implications for policy. 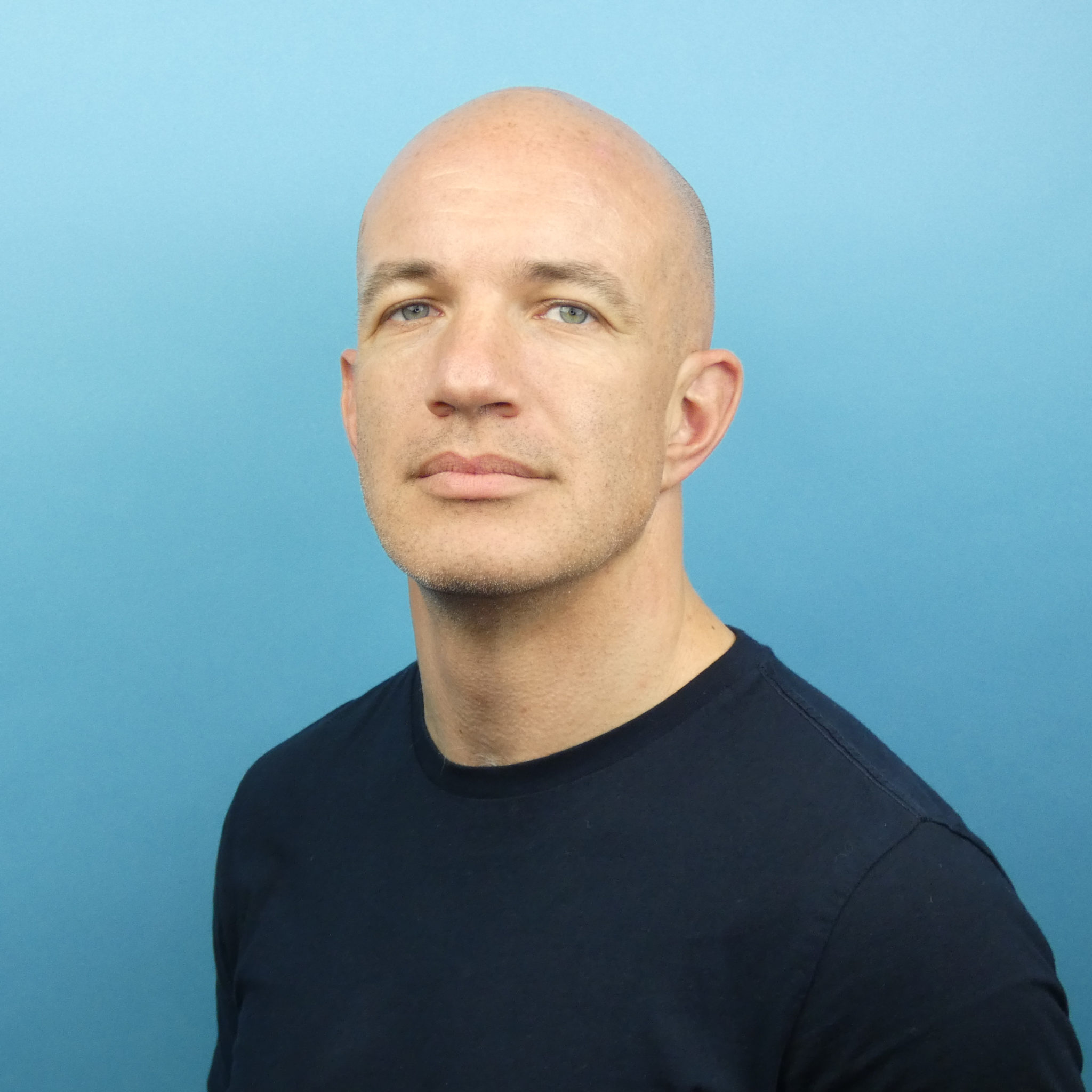