An economic strategy that helps the UK respond to change and tackle stagnant living standards and productivity will need to address the stubborn spatial disparities in economic performance across the UK. Addressing these disparities requires understanding their extent, causes and consequences.

This report uses data on regional productivity and area level characteristics to deepen our understanding of the spatial gaps in productivity across the UK. We study the extent to which these gaps have changed over time and compare them with those of comparable international peers. We use analyse what area level characteristics account for the gaps we see between areas. Finally, we consider what these findings means for a wider economic strategy which attempts to tackle these gaps.

An economic strategy that helps the UK respond to change, and tackle stagnant living standards and weak productivity, will need to address stubborn spatial disparities in economic performance across the UK. Addressing these disparities requires a good understanding of their extent, causes and consequences. In this report, part of the Economy 2030 Inquiry being undertaken by the Resolution Foundation and the Centre for Economic Performance at the LSE, we outline what we know about disparities in productivity across the country, the factors which determine them and the changes that would be needed to reduce them.

UK spatial disparities in productivity are large and longstanding

UK spatial disparities in productivity are large. In 2019, London produced £76,000 of gross value added per job, more than twice that produced in Powys and Torbay. These spatial disparities are also persistent. London’s productivity was 40 per cent above the national average in 2002 and 50 per cent in 2019. By contrast, Powys and Torbay were 20 per cent less productive than the average in 2002 and were 30 per cent less productive in 2019. Looking across the UK, few areas have seen large changes in their relative positions over the past twenty years. And, in contrast to disparities in income which have remained static, overall disparities in productivity increased slightly up to the end of the financial crisis although they have been broadly stable since. These changes are mostly due to a small number of the best-performing areas pulling away and a handful of struggling areas falling even further behind.
In short, spatial disparities in productivity in the UK are large and persistent, and slightly larger than they were at the start of the 2000s – although these changes are small relative to the level of disparities that persist throughout the period. But although the gaps in productivity between UK areas are large, in the international context they are not as unusual as some headlines might have us believe, if we focus on an appropriate measure of productivity, broadly comparable areas, and reasonable comparator countries. But wherever one stands in this debate, resolving it will do little to advance our understanding of what is needed to narrow spatial disparities: ‘Be like Germany’ is not a sufficient basis on which to develop an economic strategy for the UK in the 2020s. Given the wide consensus that these gaps are large and undesirable, the debate instead needs to focus on understanding the underlying economic fundamentals that drive differences in productivity and what this means for policy.

The UK’s economic geography has been fundamentally shaped by de-industrialisation and the rise of a services-led economy. The UK’s specialisation in tradable services (i.e. services such as insurance and consulting, that can be traded across regions and exported abroad) is an important determinant of its spatial disparities because tradable services benefit strongly from agglomeration economies. As a result of these agglomeration economies, highly productive economic activity is more spatially concentrated in economies that specialise in high-skilled tradable services. The transition from manufacturing to services made it inevitable that we would see productivity gaps open up between areas, and this is what we see when we consider similarly services-oriented economies such as France. However, while some degree of disparity may be a consequence of the UK’s specialisms, it was far from inevitable that we ended up with the scale of the gaps that the UK experiences today. Even though Paris has higher productivity than London, the stronger productivity of other French cities reduces the overall extent of disparities. While policy will never eliminate the productivity gaps that exist between UK cities, towns, and villages, it could do more to address the weak performance of the UK’s major cities outside of London.

The decline in manufacturing, starting in the 1970s, was exceedingly painful for industrial centres, including London. This pain endured long after the initial shocks ended in terms of lower employment rates for areas, including the West Midlands, Liverpool, and Sheffield, that had the biggest employment shocks. However, while the shocks have been somewhat persistent, the correlation between the initial employment shocks felt during the 1970s and employment rates at the start of 2000s is not that strong. There is no link between these initial employment shocks and productivity. Some areas – such as Southampton and York – successfully managed the transition to a more services-orientated economy; others – such as East Kent and Lancaster – did not. Many would argue that the transition could have been managed far better. To do better in the future, and to think about how we might narrow the UK’s productivity disparities, we need to understand what explains these disparities today.
Four key factors help explain differences in area-level productivity: the size of the local economy (as measured by employment), levels of human capital (as measured by graduate share), and levels of physical and intangible capital. These factors account for up to 55 per cent of the spatial variation in productivity observed at the end of the 2010s. As the UK’s specialism in high-value tradable services has grown so too has the importance of size and skills and the role of intangibles (such as research and development capital) and information and communications technologies (ICT) equipment. These changes are consistent with what we might expect given recent technological change favouring higher-skilled workers in an economy that is highly specialised in services.

While the nature of the UK economy makes productivity gaps inevitable, narrowing the gaps between our major cities is possible. As well as improving the economic performance of those cities and their surrounding regions, narrowing these gaps could play a role in tackling the UK’s productivity decline relative to other developed countries. Given our specialisms, improving the UK’s productivity means bigger high value-added services sectors, and a wider range of cities succeeding with them. Doing this means being honest about the scale of change required.

For example, increasing Manchester’s size, graduate shares, and capital stocks by 30 per cent roughly halves the productivity gap between Manchester and London leaving Manchester with a productivity gap smaller than that between Lyon and Paris (20 per cent) and similar to that between Edinburgh and London (15 percent). These are large changes amounting to many tens of billions of pounds of investment, an eleven-percentage point change in graduate share and an increase in size of a little over 500,000 workers.

Far from all of this investment would need to be done by government. But the spatial disparities in each of these drivers are also highly persistent – as is the UK’s specialisation in services – emphasising the limits of relying solely on the market to reduce these productivity gaps.

Given the scale of the investment needed, any economic strategy will face difficult and important trade offs. First, it will need to grapple with whether, and how quickly, national productivity improves and spatial disparities narrow. Second, it will need to choose places to invest in most aggressively (since constraints mean not all places can be prioritised simultaneously).
For a more-or-less fully-employed economy like the UK’s, increasing investment at anything more than a glacial pace will mean less consumption, or more overseas borrowing. This illustrates the difficult choices that a move to a higher investment path will entail. And such investment will be needed: French workers, for example, use over 40 per cent more capital than UK workers, enough to account for the whole gap in overall productivity with the UK. Would a more equal distribution of investment help or hinder this catch-up? It is not clear, although it seems likely that investment in the London metro area – a highly productive area that accounts for 25 per cent of UK employment – to increase its productivity to levels seen in Paris, would play an important part in narrowing the gap between the UK and other countries.

This trade off could be avoided if the returns to investment are higher outside London. But even if government picks projects wisely, the scale of redistribution required means that at some point the country will face a trade off between high-return projects in more productive areas and lower-return projects elsewhere. How these choices get made will influence how quickly national productivity improves and spatial disparities narrow.
This is not just a story about London versus the rest. However, when thinking about where to invest, it is important to recognise the strong market forces that drive high productivity in our largest city. London’s economic advantages stem from its concentration of human, physical and intangible capital and from its economic size, and these factors are self-reinforcing. London’s economic strength also spills over to benefit towns and cities across the wider South-East. The large investments required to close productivity gaps will also need to be spatially targeted at cities to generate the high returns that arise from the self-reinforcing feedback loops that explain London’s big productivity advantage.
The alternative is to spread investments around. These investments could improve productivity in any area. However, there are many small towns, investment in infrastructure and innovation is costly, and for towns the self-reinforcing effects of size, skills and capital are limited by the scale of the local economy. Of course, there will still be many projects that are worth pursuing outside our major cities, but a strategy that focuses too much on towns, rather than our major cities, will not scale up to produce large productivity improvements across lots of areas for lots of workers.

The Government’s recent Levelling Up White Paper suggests that the government recognises the arguments for spatial concentration, with an explicit focus on globally competitive cities. But the small amounts of investment committed, the suggestion of a global city in each region and the political pressure to spread spending around, means that the strategy is a long way from fully embracing this reality.

In addition to grappling with these trade offs, an economic strategy aimed at narrowing productivity disparities must consider who gains from the strategy. A more equal spread of investment and of graduates – and globally competitive cities outside of London and the South East – may help reduce spatial disparities and improve productivity in those cities and the surrounding areas, but it is no simple fix for improving outcomes for poorer households. To do this, complementary investments must make sure that poorer households can access the opportunities generated.

The coming decade of change – driven by Covid-19, Brexit and Net Zero – might change the balance of these economic forces. However, it would be dangerous to assume that these changes will do policy makers’ job for them by inevitably reducing – rather than increasing – spatial disparities. For example, faced with a new trade environment following Brexit, large and productive firms based in London are showing signs of responding and adapting more successfully to trade barriers than their counterparts in less productive regions of the country – risking further polarisation and widening of gaps.

Policy makers need to be realistic about the economic forces at play in the UK, how they are evolving, and what are the likely consequences. Understanding these forces, and dealing with the resulting trade offs, will be key to developing a successful economic strategy that improves aggregate economic performance while offering a hard, but plausible, path to closing regional inequalities. 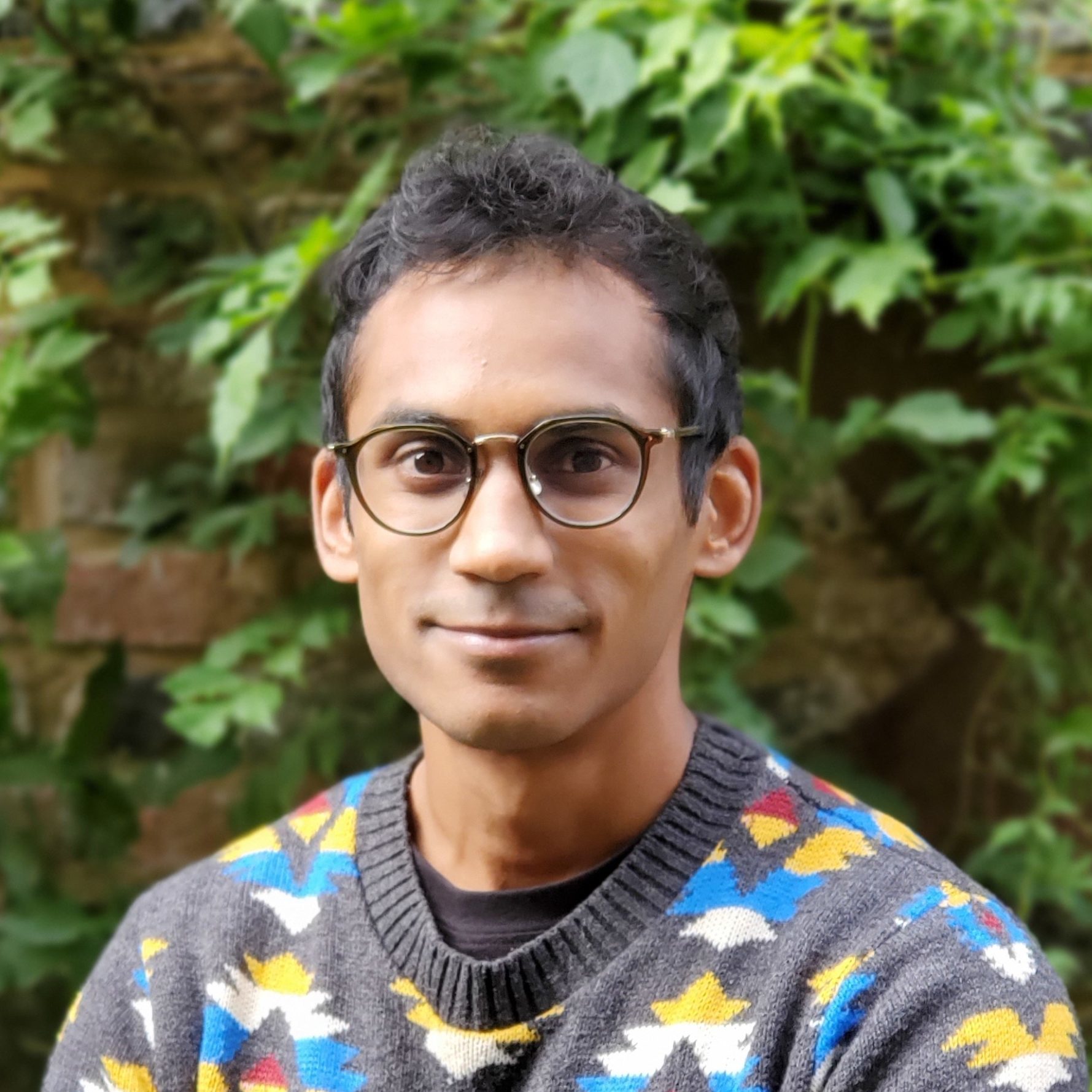